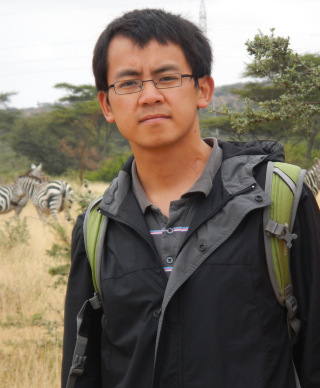 Chuan joined IFRI and ESA Lab as a Postdoctoral Research Fellow in the fall of 2015. His current research focuses on large-scale land transactions and their impact on agroecological system and food/energy/water security in sub-Saharan Africa, as well as the outcomes of forest investments in multiple developing countries. His research interest lies at the intersection between resource conservation and community development. As an interdisciplinary environmental scientist, he worked with pastoral communities in East Africa and Central Asia to study their risk perception, livelihood diversification, ethnobotanical knowledge, and interaction with external development agencies. His research also investigates vegetation states and transition pathways in the rangeland ecosystem at multiple spatio-temporal scales. He worked with the IBLI team to deploy GPS collars on livestock to examine pastoral mobility and explore evidence of collective actions in the open grazing system. More details about Chuan can be found on his personal webpage linked below.